Highly realistic sex simulators online let you play out your wildest fantasies. The following sexual simulation games are the most popular and best sex simulators that I’ve personally played.

To make the list helpful to more people, I’ve includes free sex simulators as well as some paid 3d sex simulators that come with more perks and customization choices.

First, I’ll share my favorite and most realistic sex simulators. Then below I list some great free sex simulators that are fun to play.

You can scroll down or click on the Table of Contents items below to jump ahead.

Giving credit where credit is due, these are by far the most realistic sex simulators I’ve tried. Highly realistic graphics are key to qualifying, but not enough. The gameplay and overal feel of the sex simulator needs to grab me into fantasy world that I can lose myself in and forget my surroundings.

This sex simulator lets you see the action from multiple angles, customize the experience and your dream girl the way you want.

I love, love, love 3DXChat for its highly realtic sex graphics and how the creators are continually updating the 3D sex game. While 3DXChat is a multiplayer sex game, you can use it soley as a sex simulator to create your dream sexual partner and act our your fantasies.

With real-time players from all over the world, there can be hundreds of potential kinky chat partners online at anytime. That is, if you want to take advantage of its 3DXChat’s live sex chat features that let you play out the sex acts as you sext.

You can actualy download and enter the 3D sex game Red Light Center for free. But you’ll need to uprade to a paid membership to take advantage of the sexual gameplay features. Red Light Center is actually a massively multiplayer online sex world, so the avatars have real people behind them. With a vibrant community, Red Light Center can be much more than just a sexual simulation game if you want it to be.

If you haven’t heard about 3D Sex Villa before, this interactive 3D sex simulator is a long-time favorite online, for old and new players. It’s been around since at least 2016, if not earlier.

What I love about Yareel 3D is it is free to play and is also available on Android, iOS, and desktop browsers. Often the sex simulators I find work only on PCs or Androids. On mobile, you can also download the Yareel app at the Google Play Store, or sideload the app after you download the Yareel apk kit.

Inside the 3D sex game world, you can either play solo, after creating your own avatar, and then roleplay with a computer controlled avatar. You can also use Yareel 3D as sexting or dating app and meet real people for virtual dates. There are many settings to meet people in real time in various 3D settings like bars, pools, and apartments.

Yareel 3D is free to play, but you can upgrade to get access to perks for a fee.

Waifu Sex Simulator is an anime sex simulator game that’s free and very popular online. Beyond being a free sex simulator, it’s popularity is also due to it being available as a VR sex simulator or a browser-based sex simulator. Have I got your attention yet?

In case you are curious, the word “Waifu” comes from anime and manga communities and is a portmanteau of the words “wife” and “waif.” What a Waifu refers to is a fictional female character character that’s the object of romantic affection.

Over on Reddit there is a fantastic tutorial post on how to dowload Waifu Sex Simulator, including tips on how to make sure what you download a real copy it. For instance, you need to make sure that creator Lewd FRAGGY is the one credited.

Another free sex simulator game is Sex Emulator, which is higly advertised. I’m only mentioning it here because I have heard it is free and seen so many ads for it. That being said, my Malwarebytes always warns me when I click to enter the page the “Website is blocked due to riskware.” So, yah, I’m not comfortable promoting this site, but I am curious about it.

So reach out to me and let me know what you have to say for yourself, Sex Emulator 😉 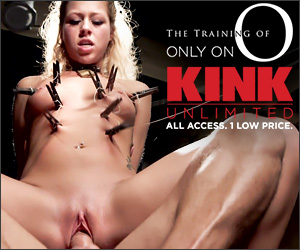